Virtual Convening
https://www.actionforhealthykids.org/national-school-district-wellness-coalition/
Join us for our 8th annual, yet first virtual, convening! As we formally transition from the Urban School Wellness Coalition into our expanded group, the National School District Wellness (NSDW) Coalition, we invite members to tune in to the many professional development opportunities scheduled between 10/13 and 10/23 in order to share, learn, coordinate and enhance best practices around the Whole School, Whole Community, Whole Child model.

If you are not employed by a NSDW Coalition member district, we invite you to check out a selection of our professional development opportunities and join us during the open sessions. If you are interested in learning more about the coalition and applying to join us, please head over to our website, or email Brean Witmer at bwitmer@actionforhealthykids.org.

More
**Please note that all times shown are in CENTRAL TIME.**

Please refer to icons on the left of each session summary for more details on the format of the sessions. Formats include keynote presentations, discussion groups, trainings, best practice sharing, and socializing sessions.

16th Surgeon General of the United States, and Former Director of the Centers for Disease Control and Prevention

David Satcher, MD, PhD is Founding Director and Senior Advisor of the Satcher Health Leadership Institute which was established in 2006 at the Morehouse School of Medicine in Atlanta, Georgia. The mission of the Satcher Health Leadership Institute at the Morehouse School of Medicine (SHLI/MSM) is to develop a diverse group of exceptional health leaders, advance and support comprehensive health system strategies, and actively promote policies and practices that will reduce and ultimately eliminate disparities in health. The Institute’s programs reflect Dr. Satcher’s experience in improving public health policy, his commitment to eliminating health disparities for underserved groups, shedding light on neglected issues, such as mental and sexual health.

Dr. Satcher was sworn in as the 16th Surgeon General of the United States in February 1998 and served until 2002. He also served as the 10th Assistant Secretary for Health in the Department of Health and Human Services from 1998 – 2001, making him only the second person in history to have held both positions simultaneously. His tenure of public service also includes serving as Director of the Centers for Disease Control and Prevention (CDC) and Administrator of the Agency for Toxic Substances and Disease Registry. He is the only person to have served as Director of the CDC and Surgeon General of the United States.

Dr. Satcher has held top leadership positions at the Charles R. Drew University for Medicine and Science, Meharry Medical College, and the Morehouse School of Medicine. He has been a Macy Foundation Fellow, Robert Wood Johnson Foundation Clinical Scholar, and a Senior Visiting Fellow of the Kaiser Family Foundation.

Dr. Satcher held the position of Director of the National Center for Primary Care (NCPC) at the Morehouse School of Medicine from 2002 – 2004. This recognizes his long commitment to removing the stigma attached to mental illness, as evidenced by Mental Health: A Report of the Surgeon General, the first surgeon general’s report on mental health, released during his tenure as Surgeon General.

As Surgeon General and Assistant Secretary for Health, Dr. Satcher led the department’s effort to eliminate racial and ethnic disparities in health, an initiative that was incorporated as one of the two major goals of Healthy People 2010. In 2005, he was appointed to serve on the World Health Organization Commission on Social Determinants of Health.

Dr. Satcher has received over 50 honorary degrees and numerous distinguished honors including top awards from the National Medical Association, the American Medical Association, the American Academy of Family Physicians, the Ronald Davis Special Recognition Award from the American College of Preventive Medicine, and the Symbol of H.O.P.E. Award for health promotion and disease prevention. He received the Benjamin E. Mays Trailblazer Award and the Jimmy and Rosalynn Carter Humanitarian Award for contributions to the health of humankind from the National Foundation for Infectious Diseases.

Previously, Dr. Satcher served on the Board of Directors of Johnson & Johnson, MetLife, and the CDC Foundation. He has also served locally on the board of United Way of Greater Atlanta and The Community Foundation for Greater Atlanta.

A proponent of healthy lifestyles through physical activity and good nutrition, Dr. Satcher is an avid runner, rower, and gardener.

Brian Knowles, M.Ed. has been an educator for over 13 years. He earned his B.A. degree in History from Florida Atlantic University and completed his graduate studies at the University of West Florida.

Brian and his team have been instrumental in supporting schools to create environments that are conducive to the academic success of Black students. His work has served to eliminate systemic barriers and interrupt practices rooted in racism at many levels including the classroom, the School District, and the community. During his tenure, he is proud of several accomplishments including authoring the SDPBC Equity and Access Policy 1.041, which legally binds the District to address systemic deficiencies that create gaps in academic achievement. Brian has also designed a series of state-wide, secondary-level courses that highlight the historical contributions and experiences of African Diasporic people:

• Great Men and Women of Color Who Shaped World History
• Examining the African American Experience in the 20th Century through Music and Visual Arts
• Exploring Hip Hop as Literature
• The History and Contribution of Haiti in a Global Context. 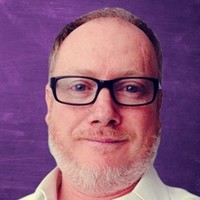 Sean Slade is the Senior Director of Global Outreach at ASCD, where he leads the promotion and expansion of ASCD’s Whole Child approach and mission. During his three decades in education, spanning 5 countries and 4 continents, he has spoken and written extensively on topics related to the whole child, health, well-being, school climate, and the promotion of ecosystemic approach to education systems reform.
In 2014 he led the development and launch of the Whole School, Whole Community, Whole Child Model (WSCC) in conjunction with the US Centers for Disease Control & Prevention (CDC) which has become the preeminent school health model used across the US, and a driving framework for the alignment and integration of health and education.
He is a Social & Emotional Learning expert for NBC Education Nation and NBC Parent Toolkit, former VP for Advocacy at the International Union for Health Promotion & Education (North America), member of the OECD 2030 Future of Education Task Force, and founding member of the UNESCO Chair on Global Health & Education. He has written for the Washington Post, Huffington Post, EdWeek, and ASCD's Inservice blog and has published with ASCD, Routledge, Abingdon Press, and Human Kinetics. 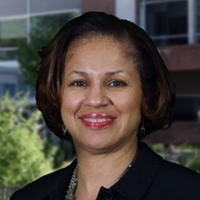 Dr. Alicia Monroe is a PK-20 experienced educator and international education consultant. She has served as classroom teacher, supervisor, assistant principal, principal, assistant superintendent, adjunct professor, and international education consultant. As adjunct faculty in the Africana Studies program, College of Humanities and Social Sciences at Rowan University, Monroe teaches the course that she designed titled, “Black Lives Matter: An Ethnographic Perspective of the Movement.” In addition, she is adjunct faculty in the College of Education.

Monroe also works in the Office of Career Advancement at Rowan University. Notably, in this role, she created and implements the Rowan First Star STEAM (Science, Technology, Engineering, the Arts, and Math) Academy, the First Star STEAM College and Career Readiness Conference, and the engineering
apprentice program’s “Effective Engagement With Employers” workshops and networking events. She is currently responsible for three research studies focused on first year initiative, neurodiversity, and effective student engagement with career services. Her partnership with the Academic Success and Disability Resources Center and Autism PATH program has provided for collaborative planning, mentoring, career coaching, and job placement for differently abled students and alumni.

Monroe is the inaugural Director, Diversity and Inclusion for Eastern Association of Colleges and Employers (EACE) and Co-Chair of the FY ’21 Principles of Ethical Professional Practice Committee for the National Association of Colleges and Employers (NACE). She is also the CEO and Founder of Solutions for Sustained Success, LLC., which provides services and professional learning in the areas of education, organizational systems, leadership, diversity and inclusion, and equity and access.

Monroe received a Doctorate of Education and earned the coveted Larry Marcus Medallion for Excellence in Doctoral Studies from Rowan University, a master's from Pratt Institute, and a bachelor's from the College of the Holy Cross. She most recently received the Distinguished Student Leadership Development Award- ASPIRE Student Leadership Development Program, Gary J. Hunter Excellence in
Mentoring Award- Rowan University, Mentor of the Year Award- National Association of Colleges and Employers (NACE), Distinguished Leadership Award- Eastern Association of Colleges and Employers (EACE), Heartland Hero- Pascale Sykes Foundation, as well as the Excellence in Diversity Award for Social Activism and Higher Education Supervisor of the Year from Rowan University. 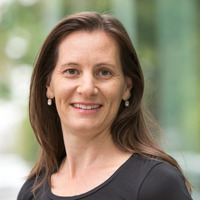 Alliance for a Healthier Generation

David Grossman, MD, MPH is the Senior Medical Director for Community Health and External Relations for Kaiser Permanente Washington and National Senior Medical Director for Kaiser Permanente system. He has executive oversight in community health, business development and government relations. In his current role, he works closely with employers, policymakers and community-based organizations to ensure that Kaiser Permanente is addressing the wholistic needs of members and the communities they live. He joined Group Health/Kaiser Permanente in 2004 after serving 15 years as a Professor of Pediatrics and Health Services at the University of Washington and Harborview Medical Center. Dr. Grossman served 9 years as a member and chair of the US Preventive Service Task Force and a has also been a member of the CDC Community Preventive Services Task Force. He continues to practice pediatrics part-time in the Kaiser Permanente system.